Hello everyone, It’s been while since I haven’t come up with new post so, here I am. I was very excited about this trip. Our trip started on 18th July, 2015. We had flight at 6.30am  from Ahmedabad to Mumbai then from Mumbai to Paris and at last Paris to Bilbao. The view from the top was awesome. As rainy season is going on there were lot of clouds and felt like fairy who’s flying on beautiful white clouds. We reached Mumbai a little early so we were planning to have some breakfast after reaching to international terminal but, when we reached there we saw that it was final boarding call for our flight. 😛 We reached to our gate and got on the flight. I tried to sleep but was not able to,  so I started my journey with Cinderella movie. The movie was awesome and I enjoyed it with snacks and drinks served in flight. After this I started another movie named Focus which is also a good movie, then again another movie Chappie. 😛  I watched three movies back to back and which reminded me of my hostel life.  After reaching Paris, we had catch yet another flight and then finally we reached our destination Bilbao, Spain. We reached our hotel and then began the real adventure. The hotel manager didn’t knew English and we were trying to explain him about our booking. After some time, we finally got our room keys, got freshen up and had dinner at a restaurant nearby. Amazing thing was, it’s 10pm and it’s not al all dark outside. Quite unusual for people from India 🙂 Will come up soon with more posts of this trip. Till then XOXO and bye bye. 🙂
Share
0
0 Comments
Previous Next

Day III Voyager Of The Seas 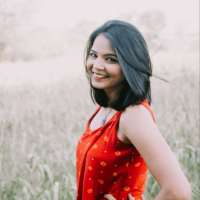 Throwback Thursday! I am so in love with this pic

With some moustache! #hairlove #singapore #influe

Last one from the series l! ❤️

Hello sky, Enjoying the view and stretching my bod